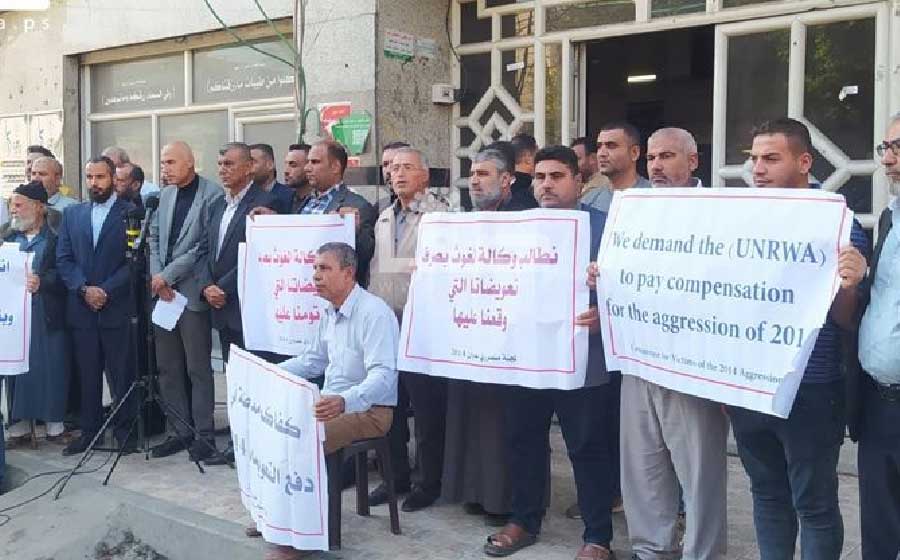 The higher committee for the people impacted by the 2014 war in Gaza organized on Saturday morning a sit-in in protest at UNRWA’s failure to pay financial assistance for the affected families after an eight-month wait.

Dozens of Gazan citizens, who were affected by the 2014 war, rallied in the central district of Gaza City, carrying placards calling on UNRWA to pay them the financial compensation and put an end to their suffering.