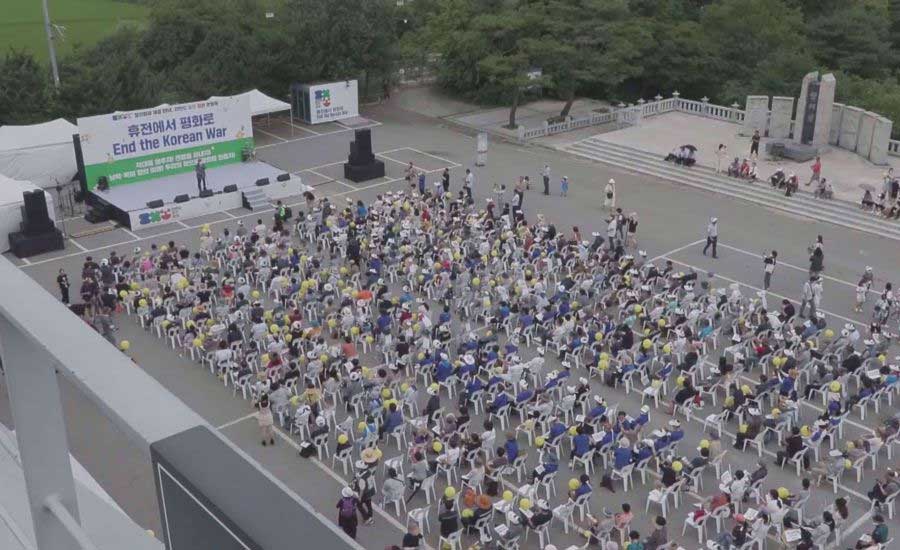 South Korean peace activists gather at Imjingak, a peace park near the border with North Korea, to call for an official declaration to end the 1950-53 Korean War. They also want the agreements made during previous inter-Korean summits to be upheld.

Peace advocates traveled in groups from across South Korea to join the event. Former president Moon Jae-in had sought engagement with North Korea, but his push for an inter-Korean peace failed to materialize. Participants here want results.