B-17 bomber and a smaller plane collide at Dallas airshow 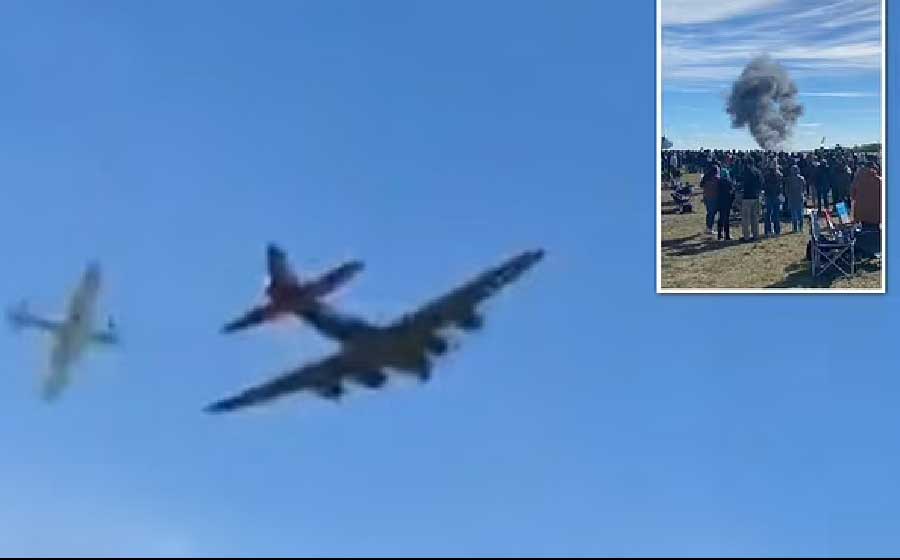 It was not immediately clear how many people were in the two craft, a Boeing B-17 Flying Fortress and a smaller Bell P-63 Kingcobra, the Federal Aviation Administration said.

Nor was it clear whether anyone survived the early afternoon crash, which occurred during the Wings Over Dallas Airshow at Dallas Executive Airport.