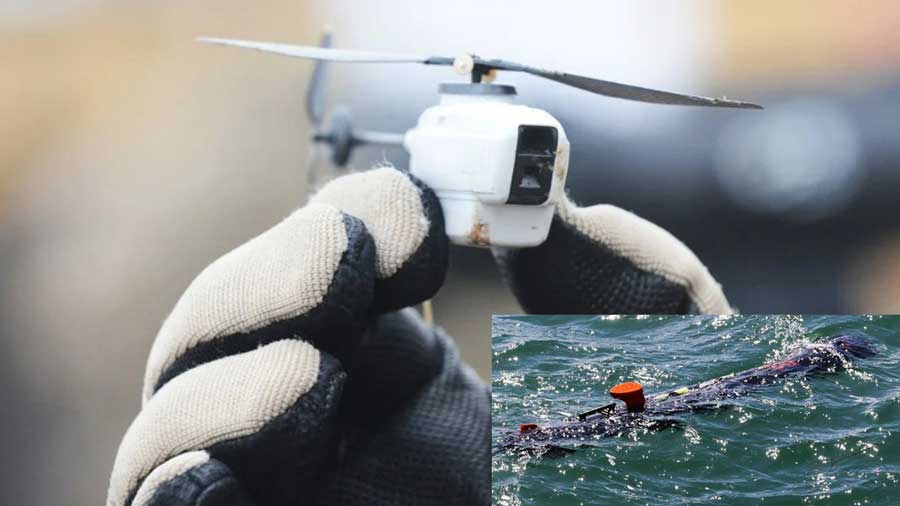 The United Kingdom will provide Ukraine with underwater drones to help detect and clear Russian mines in off-shore waters.

Britain will send six autonomous mine-hunting vehicles to Ukraine as part of the new $64-million aid package that was announced by the caretaker Prime Minister Boris Johnson during his third visit to Ukraine since the war began on February 24.

The Ukrainian armed forces are also set to get their hands on 850 ‘Black Hornet’ micro-drones from the UK and Norway as part of the new package.

Each Black Hornet measures around 10 by 2.5 centimeters and weighs a mere 16 grams, making it easy for the soldiers to carry around. The UAV has a range of roughly two kilometers and a maximum speed of about 17.7 kilometers per hour, with a ceiling exceeding 10,000 feet above sea level. The drone can loiter for around 20 to 25 minutes with a full charge. The battery is rechargeable and can be charged with a wall outlet, a car charger, etc. The rotors are said to be very silent, enabling the Black Hornets to fly over enemy positions without being detected.