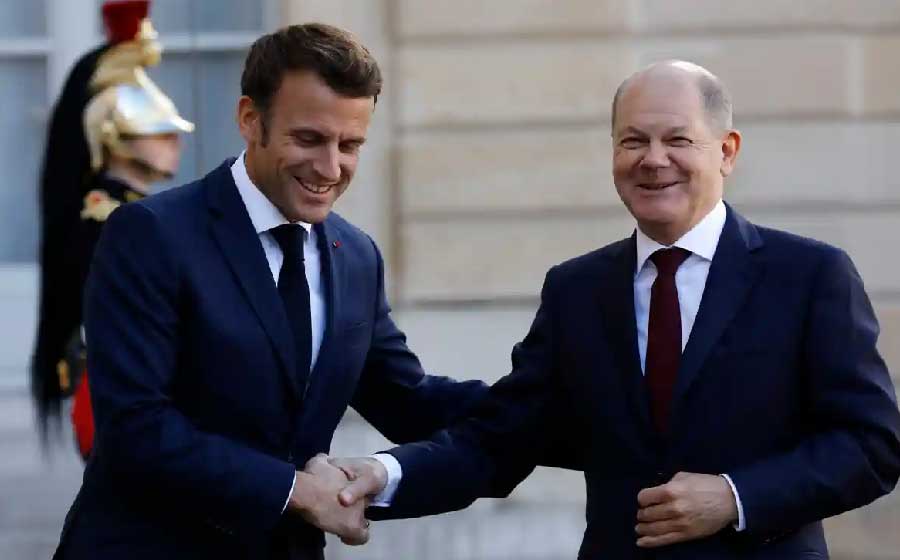 The French president, Emmanuel Macron, hosted the German chancellor, Olaf Scholz, for lunch on Wednesday as they sought to iron out significant differences on energy and defence that have weakened their relationship at a time of war in Ukraine.

Both leaders, whose countries are seen as the joint driving force of the European Union, made an effort to smile as Scholz emerged from his black Mercedes at the Élysée Palace to shake hands, but the German chancellor appeared to sidestep Macron’s attempts to put an arm around him.