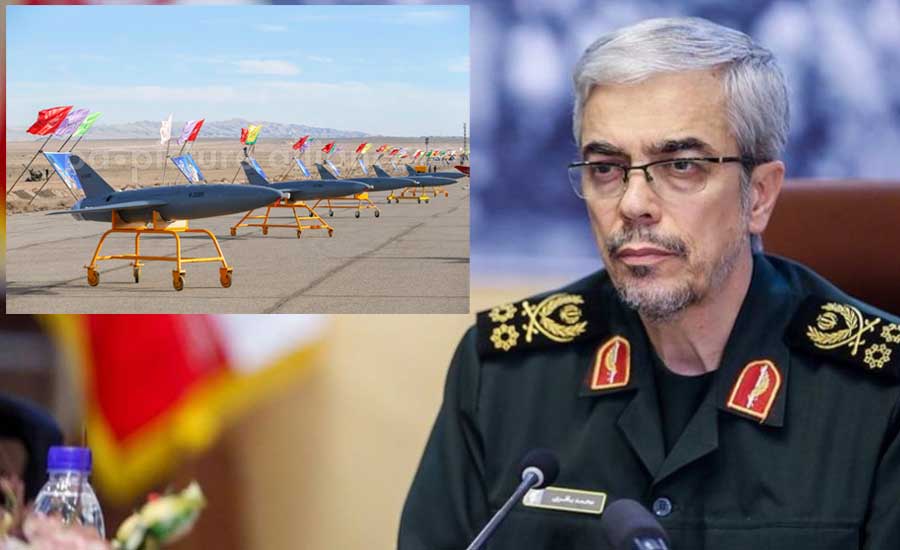 Top Commander made the remarks during a visit to a secret underground drone base of the Army on Saturday.

General Baqeri underlined the significance of drones in defending the country’s interests, and said that they have found a special place in different defensive, offensive, land, sea, air and air defense areas.

Noting that deterrence is not possible with old methods and equipment and requires new methods, he said that “the drones that we saw today can play such a role”.