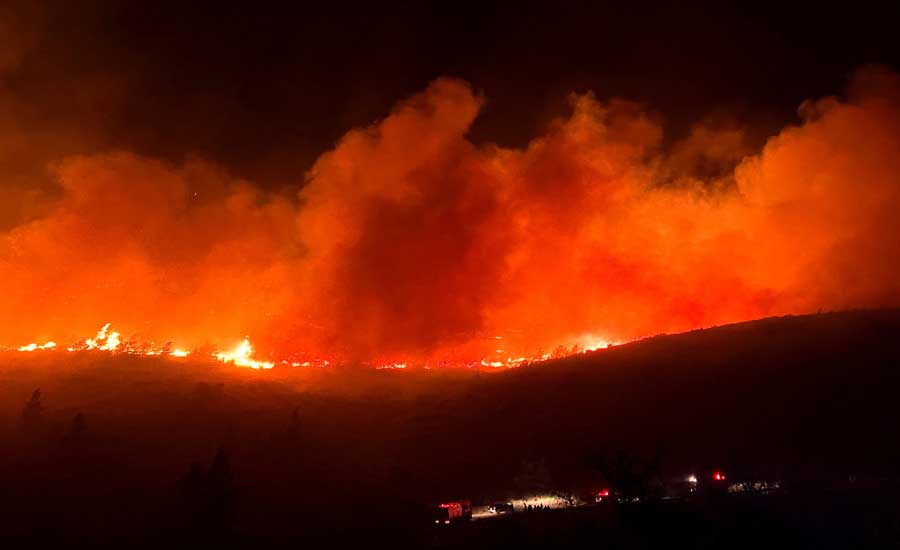 A Greek wildfire fuelled by gale-force winds raged in the mountainous region of Penteli near Athens on Tuesday, prompting authorities to order the evacuation of at least four areas and a hospital.

Heavy clouds of smoke were rising into the sky billowing over Mount Penteli where the fire broke out at 1430 GMT, some 27 km (16 miles) north of central Athens.