Hezbollah honors Iranian Ambassador on end of his diplomatic mission 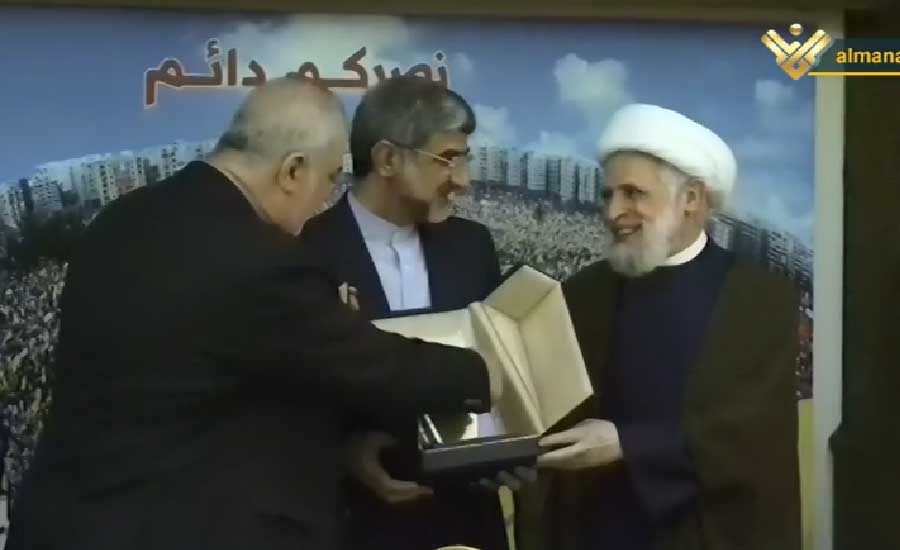 Loyalty to Resistance parliamentary bloc held on Monday a ceremony to honor the Iranian ambassador to Lebanon Mohammad Jalal Firouznia on the end of his 4-year diplomatic mission in presence of Hezbollah Deputy Secretary General Sheikh Naim Qassem.

During the ceremony, which was attended by a number of Amal Movement lawmakers, Sheikh Qassem handed the Iranian diplomat a Shield of Appreciation.