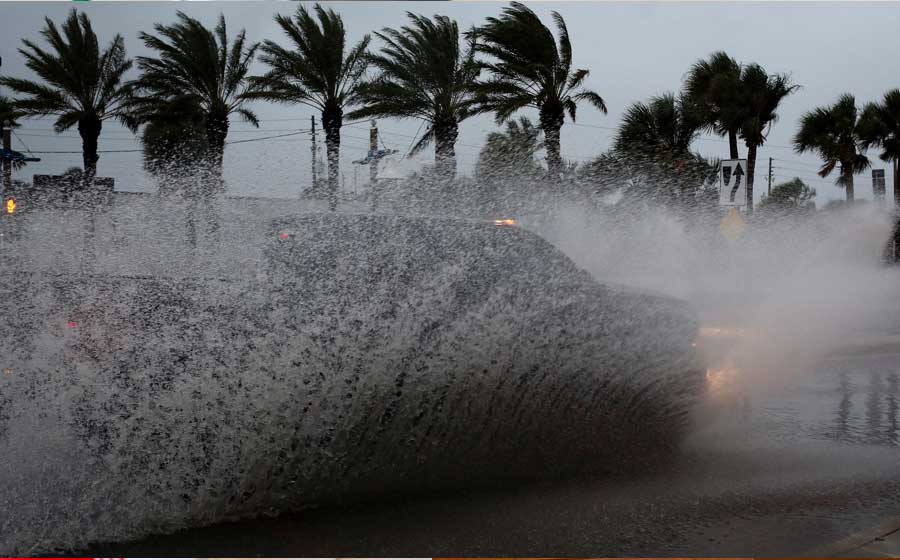 Hurricane Nicole barreled into Florida’s Atlantic shoreline early on Thursday with a brew of heavy downpours, fierce winds and a treacherous surge of ocean surf that threatened coastal areas still reeling from the last major storm six weeks ago.

Nicole was upgraded from a tropical storm to a Category 1 hurricane as it thrashed the Bahamas on Wednesday. It was packing sustained winds of up to 75 mph (120 kph) as it made landfall along the east coast of Florida north of Miami, according to the National Hurricane Center.