Is the United States excluding Venezuela, Cuba and Nicaragua from the US summit and threatening sanctions? 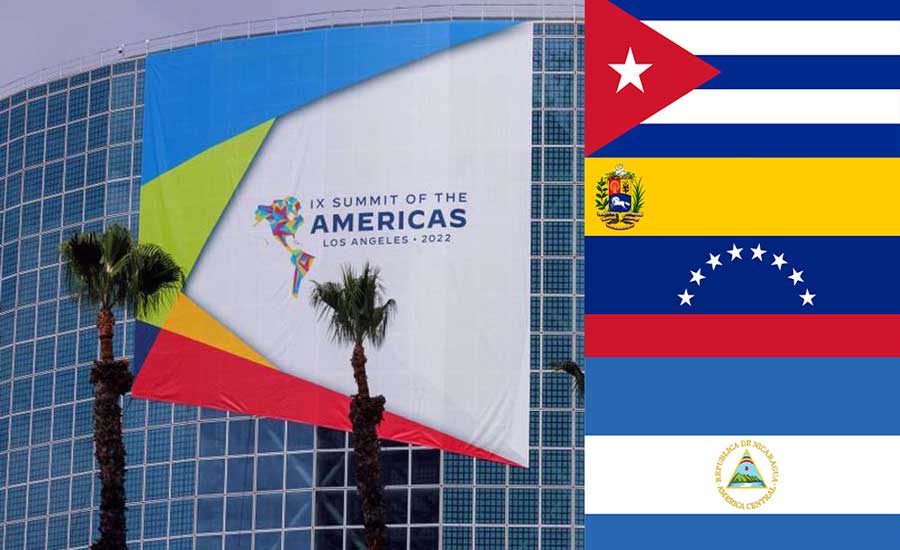 The US has decided against inviting leaders of Cuba, Venezuela, and Nicaragua to the regional Summit of the Americas, risking an embarrassing boycott of the Washington-hosted gathering by regional leaders.

The Biden administration announced the decision on Sunday after weeks of discussions with top officials from Latin America and the Caribbean, including Mexico’s President Andres Manuel Lopez Obrador, who has threatened to skip the summit unless all nations in the Western Hemisphere are represented, Bloomberg News reported citing “people familiar with the deliberations”.

The exclusion of Washington’s arch-foes in Latin America from this week’s gathering in Los Angeles follows weeks of intense debates, generating controversy over the guest list and clouding the purported US aim of using the summit to repair its Latin American ties — damaged under Biden’s predecessor, Donald Trump – as well as reasserting American influence in the region and countering China, the report noted.

The exclusion of Venezuela and Nicaragua had already been flagged in recent weeks, but the final word on Cuba rested on whether to invite a lower-ranking representative in place of the country’s president, it added, citing unnamed US government officials.

This is while Cuban President Miguel Díaz-Canel insisted last month that he would not attend the summit even if invited, accusing Washington of “brutal pressure” to make the summit non-inclusive.

Havana had participated in the past two summits.

Previous Post
Do the majority of Americans prioritize gun violence reduction laws over gun rights?
Next Post
US may need to allow more Iran oil to flow even without deal amid high gas prices in America: Vitol