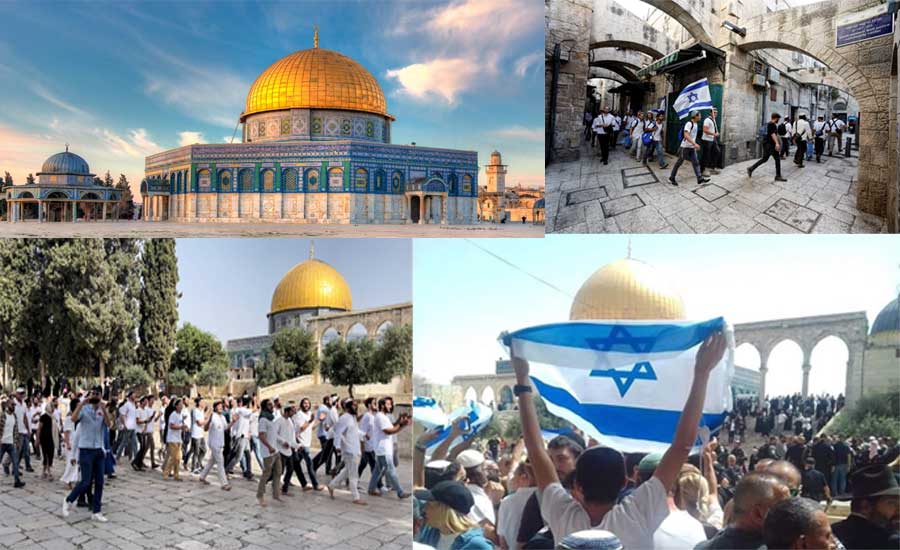 About 1,800 Israeli settlers, with help of military forces, have stormed the al-Aqsa Mosque compound in the occupied Old City of al-Quds.

Palestinians in the mosque were assaulted by Israeli forces, who tried to empty the courtyards of Muslim worshippers to make way for the settlers.

The Palestinian al-Quds TV satellite channel said an improvised explosive device struck a checkpoint in the village of al-Jalma, which lies north of the northern occupied West Bank city of Jenin.