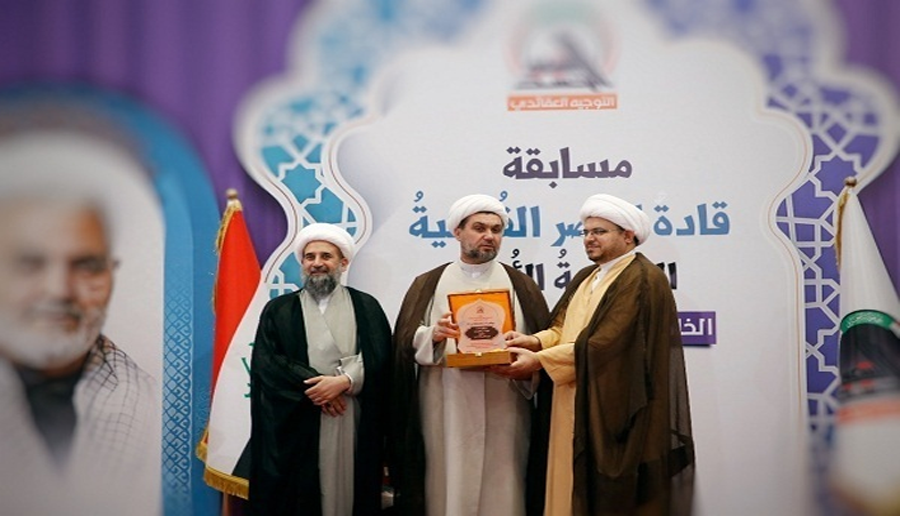 A Quran competition was held in Baghdad, Iraq in commemoration of martyrs of resistance Lt. General Qassem Soleimani and Abu Mahdi al-Muhandis.

Titled “Leader of Victory”, the contest was organized by Iraq’s Popular Mobilization Units (PMU, also known as Hashd al-Shaabi) at its headquarters.

A delegation from the Dar-ol-Quran center affiliated to the Astan (custodianship) of Imam Hussein (AS) holy shrine supervised the competition, according to Safa al-Silawi, an official with the center.