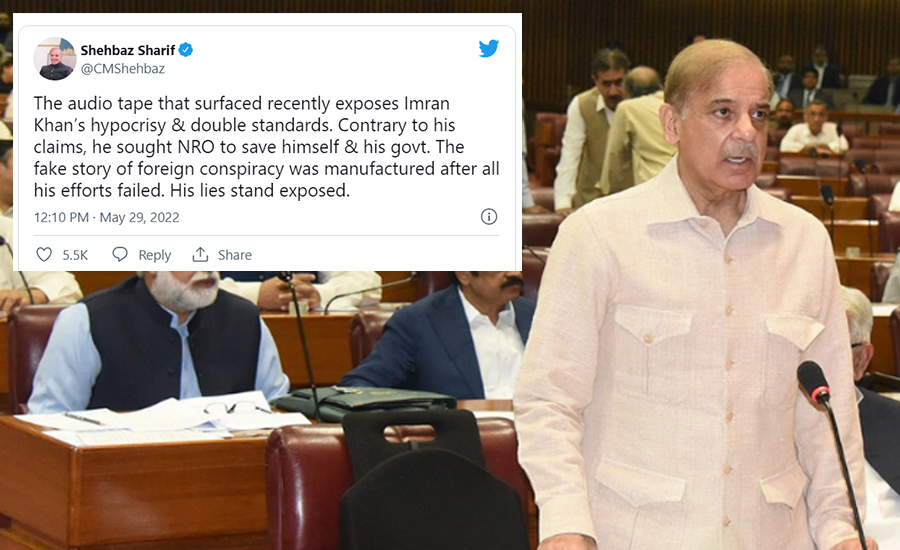 The audio tape that surfaced recently exposes Imran Khan’s hypocrisy & double standards. Contrary to his claims, he sought NRO to save himself & his govt. The fake story of foreign conspiracy was manufactured after all his efforts failed. His lies stand exposed, said by Shahbaz Sharif.