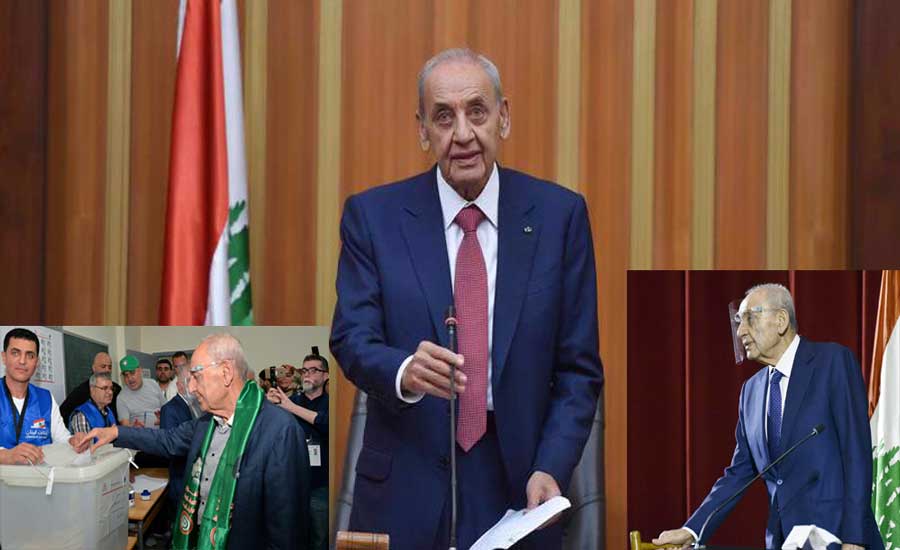 The 84-year-old veteran politician and one of the longest-serving parliament chiefs in the world secured 65 votes in the 128-member body.

Berri heads the Amal Movement, which is an ally of Lebanon’s Hezbollah resistance movement.

His re-election came as lawmakers took office after a parliamentary vote on May 15, which was the first since the country’s economic collapse and the 2020 devastating port blast in the capital Beirut.

Lebanon’s parliament is equally divided between Christians and Muslims.

Hezbollah and its allies hold sway in the new parliament despite their enemies’ attempts to undermine the political power and popularity of the resistance movement in the recent parliamentary elections.

Berri’s Amal Movement and Hezbollah hold all 27 Shia-allocated seats in parliament but are short of the majority.

According to the Executive Council of Hezbollah Sheikh Ali Damoush, the results reveal the turnout in areas populated by resistance supporters was the highest.

Sayyed Hassan Nasrallah, the secretary-general of Hezbollah, said earlier this month that the large turnout and the outcome of the election conveyed a message of people’s adherence and commitment to the resistance.

He said the huge support for Hezbollah and its allies in the election showed people’s commitment to the path of resistance.

The last vote in 2018 saw Lebanon’s Hezbollah resistance movement and its allies, the Christian Free Patriotic Movement (FPM) and the Amal Party led by Berri, secure a majority by winning 71 of the parliament seats.