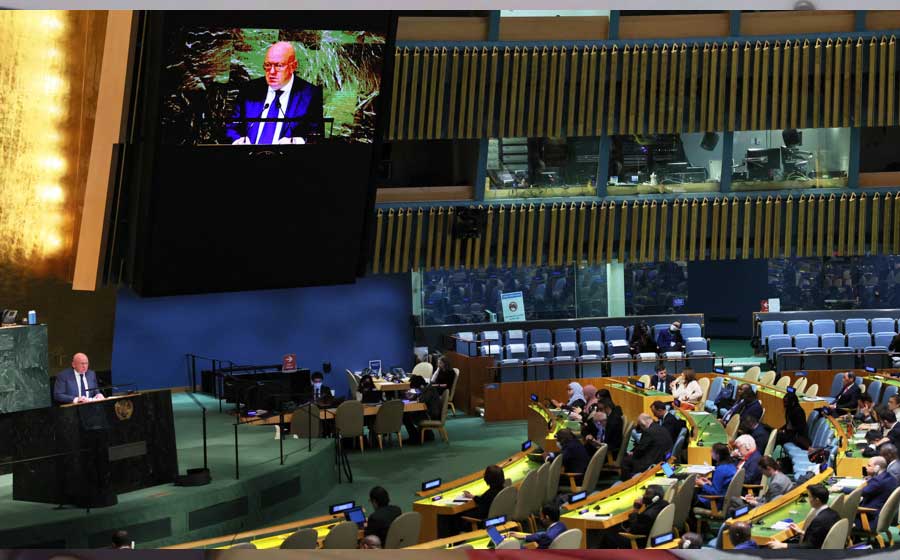 Russia’s Ambassador to the United Nations Vasily Nebenzya says Ukraine and Poland are seeking to provoke a direct conflict between his country and NATO by making “irresponsible statements” about a missile that struck Poland near the Ukrainian border.

The missile crashed in a rural area in Poland on Tuesday, killing two people. While NATO identified the missile as a stray projectile “most likely” fired by Ukraine by mistake, it said Russia would ultimately be responsible because it started the war. The White House, too, said while preliminary information indicated that the missile was Ukrainian, Russia would bear ultimate responsibility.