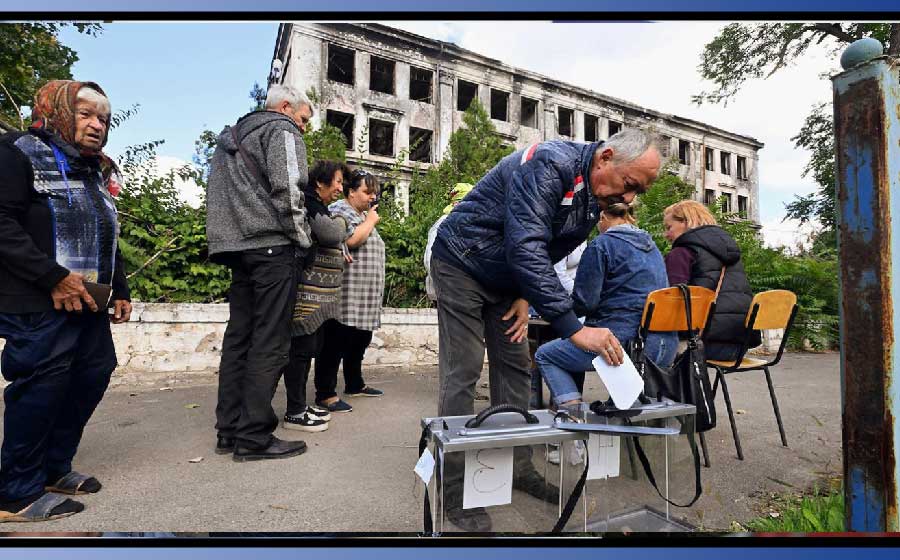 Moscow-installed election officials in occupied Ukraine claimed overwhelming support Wednesday for unification with Russia in a series of hasty referendums that have been dismissed by Kyiv and Western countries as a sham.

The votes were held in four Russian-controlled areas of Ukraine — Donetsk and Luhansk in the east of the country, and Kherson and Zaporizhzhia in the south — and are likely to dramatically raise the stakes in the war between Ukraine and Russia.