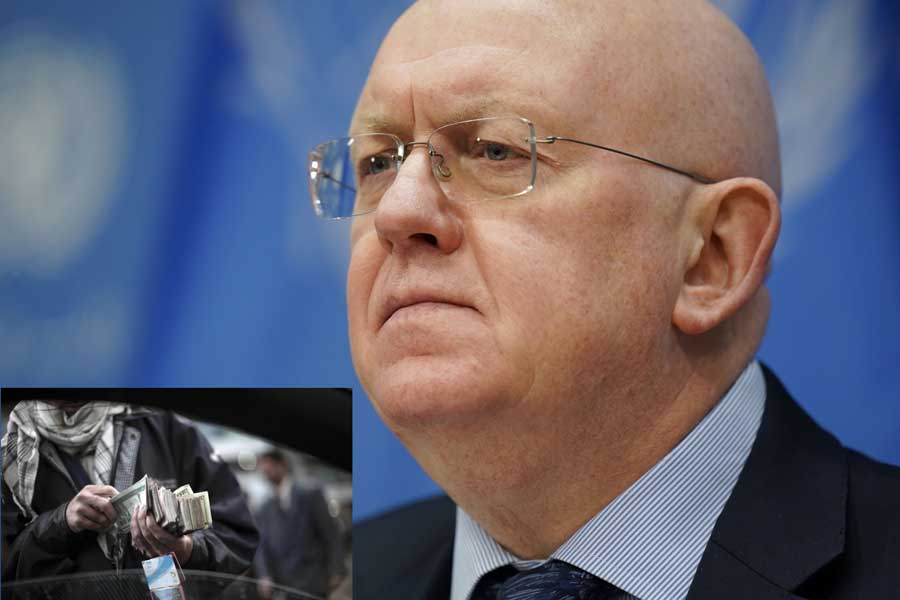 Russia’s UN Ambassador Vasily Nebenzya has called on the US to “return the money stolen from the Afghan people” rather than demanding others to contribute more to fund the reconstruction of war-torn Afghanistan.

“It is you who must pay for your own mistakes,” Nebenzya said on Tuesday, addressing the US Permanent Representative to the UN Linda Thomas-Greenfield, who claimed during a Security Council (UNSC) meeting on Afghanistan that Russia contributed too little to funding the rebuilding of a country ruined in 20 years of war and occupation by the US and its allies.