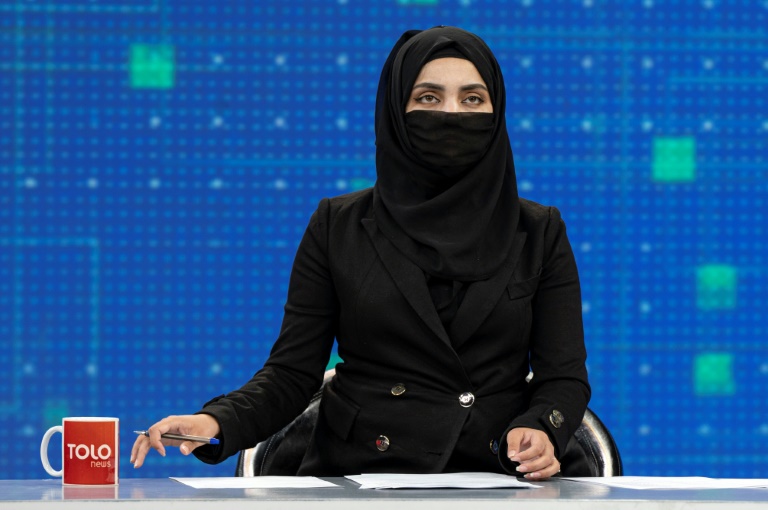 Female presenters on Afghanistan’s leading news channels went on air Sunday with their faces covered. Since seizing power last year, the Taliban have imposed a slew of restrictions on civil society, many focused on reining in the rights of women and girls to comply with the group’s austere brand of Islam.
Earlier this month, Afghanistan’s supreme leader Hibatullah Akhundzada issued a diktat for women to cover up fully in public, including their faces, ideally with the traditional Burqa. The feared Ministry for Promotion of Virtue and Prevention of Vice ordered women TV presenters to follow suit from Saturday to onwards.
Wearing full hijabs and face-covering veils that left only their eyes in view, women presenters and reporters aired morning news bulletins across leading channels like TOLOnews, Ariana Television, Shamshad TV and 1TV and many more.