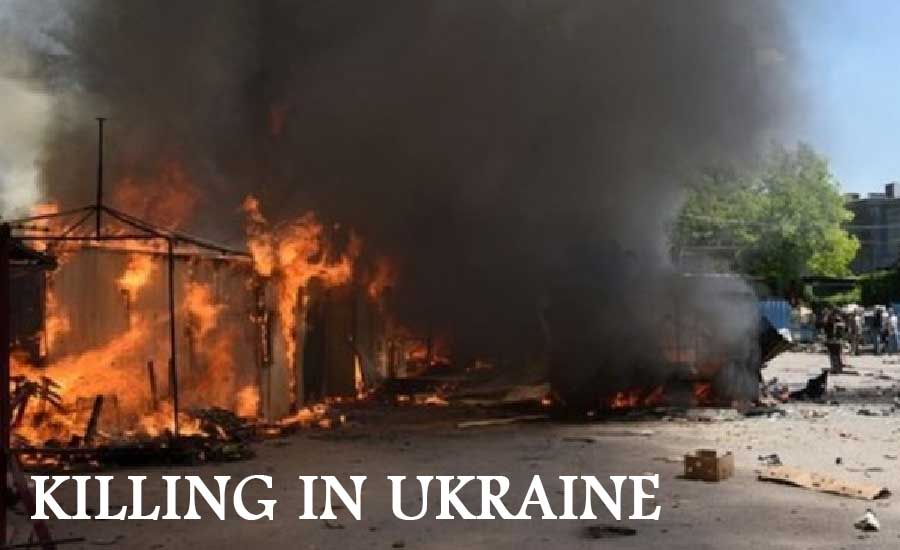 Yan Gagin, an adviser to the Donetsk government, told reporters that a woman and a child are among those killed.

City officials also reported that a hospital and a gas pipeline both were damaged.

Local media said that 10 rockets were launched at Donetsk from a Ukrainian-controlled area.