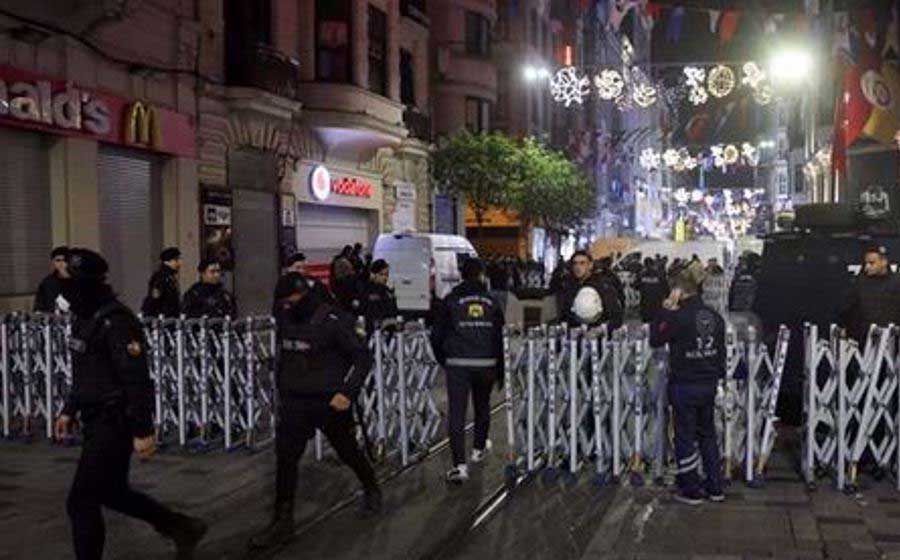 Turkey has blamed Kurdish militants for Sunday’s powerful explosion on a busy pedestrian street in Istanbul that killed several people, saying 46 suspects have been arrested, including the bomber.

Interior Minister Suleyman Soylu said on Monday that the order for the attack on Istiklal Avenue was given in Kobani, a city in northern Syria, where Turkish forces have carried out operations against the Syrian Kurdish People’s Protection Units (YPG) militia in recent years.

Previous Post
Netanyahu reaches out to Bahrain in bid to step up cooperation
Next Post
Iran’s Leader sends delegation to Sistan-Baluchestan, orders probe into recent violence