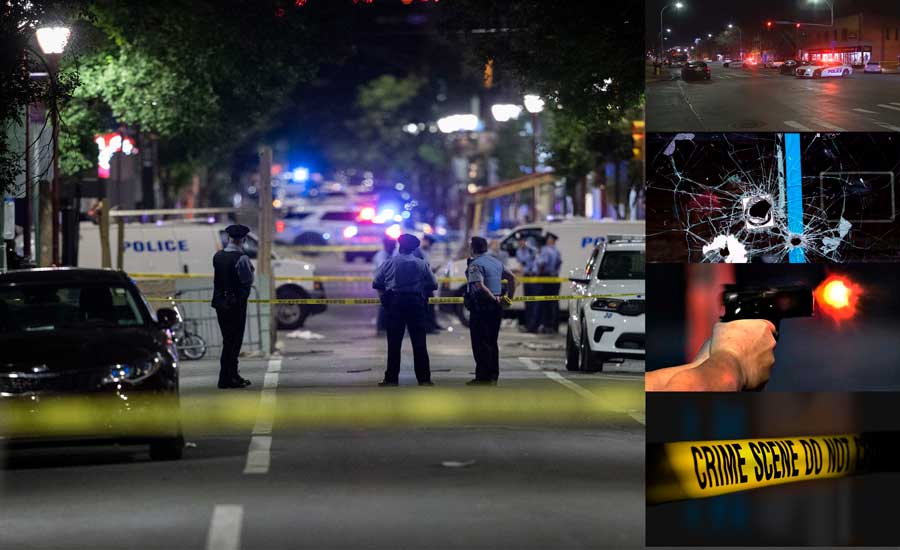 Shootings in three American cities killed nine people and wounded two dozen more on Saturday night and Sunday morning, the latest outbreaks of gun violence in the wake of three mass shootings that have rattled the United States.

In Philadelphia, a confrontation between two men escalated into a gunfight that sprayed bullets into a crowded bar and restaurant district, killing three people, wounding 12, and setting off panic as people tried to flee, police said.

Similarly, a shooting broke out after midnight near a bar in Chattanooga, Tennessee, after midnight on Saturday, killing three and wounding 14, according to police.

In yet another shooting in the early hours of Sunday, three people were killed and two were wounded in Saginaw, Michigan, WEYI television reported, citing a police statement. Unlike the other two cases, which affected bystanders unconnected to the shooting, all five of the people in the Michigan shooting were involved in the incident, police said.

No suspects were reported in custody as of Sunday evening in any of the shootings. The violence struck as communities in three other cities are

still grieving from massacres that killed 10 people at a grocery store in Buffalo, New York; 21 victims at an elementary school in Uvalde, Texas; and four people at a medical building in Tulsa, Oklahoma.

In Uvalde, they buried 10-year-old Alithia Haven Ramirez on Sunday. She was one of the 19 schoolchildren killed in the rampage by an 18-year-old man armed with an AR-15 semiautomatic rifle