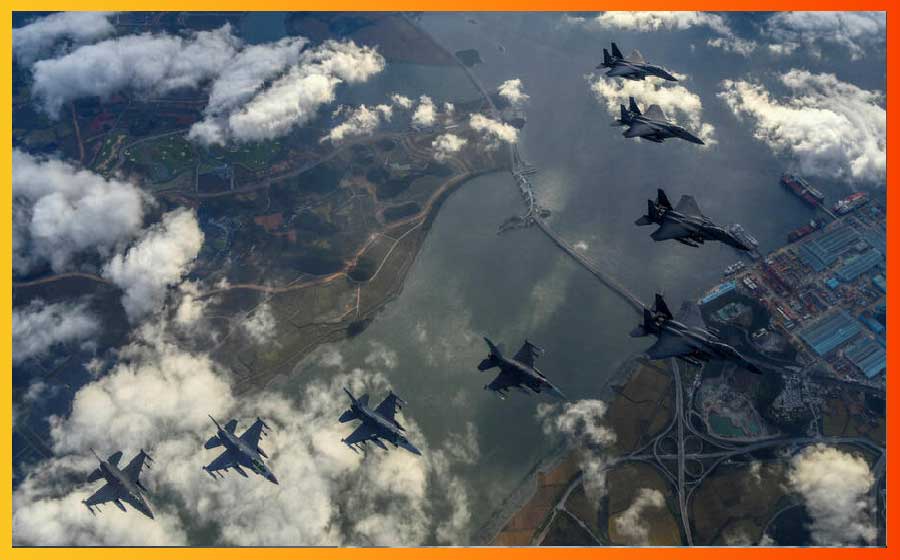 A day after North Korea‘s latest missile test, the US and South Korea fired missiles in the region themselves.