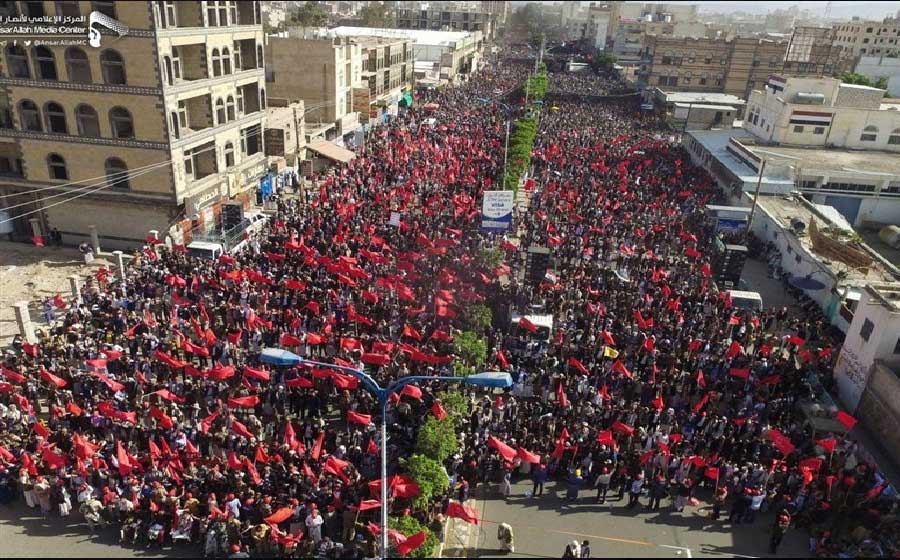 The Yemeni media reported on Monday that massive rallies were held by the Yemenis on Ashura Day during which they also praised the resistance of the Palestinian nation.

The people of Yemen started their massive marches in commemoration of the day of Ashura in “Sanaa”, the capital of the country, and other provinces such as “Saada” province.

According Yemeni “Al-Masirah TV” news website, the Yemenis marched through the streets which lead to the airport to mourn the martyrdom anniversary of Imam Hussein (PBUH) on Wmonday.