Children among the dead as quake hits Indonesia 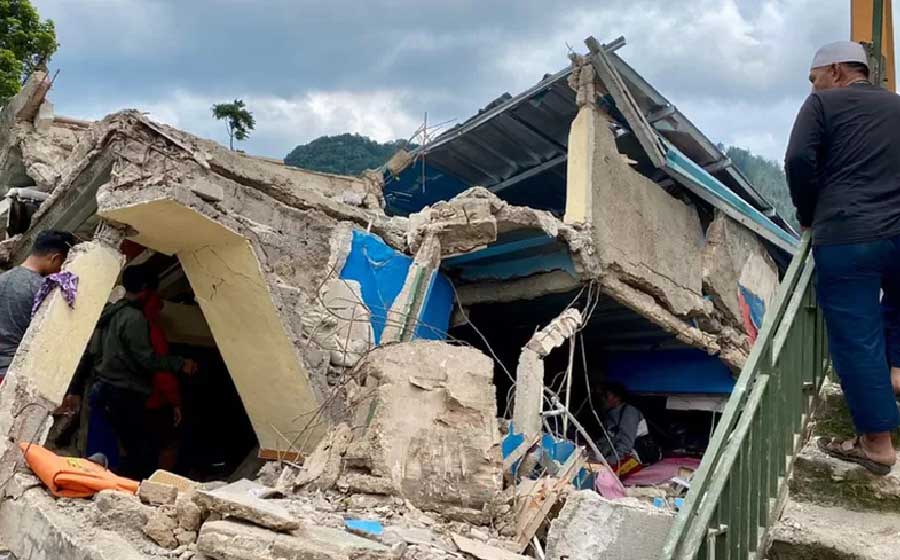 Many of those killed and injured in a major earthquake on the Indonesian island of Java were children, rescuers say, as the death toll soars to 268.

Aprizal Mulyadi, 14, was at school when the quake hit, saying he was trapped after “the room collapsed and my legs were buried under the rubble”.

He said he was pulled to safety by his friend Zulfikar, who later died after himself becoming trapped.