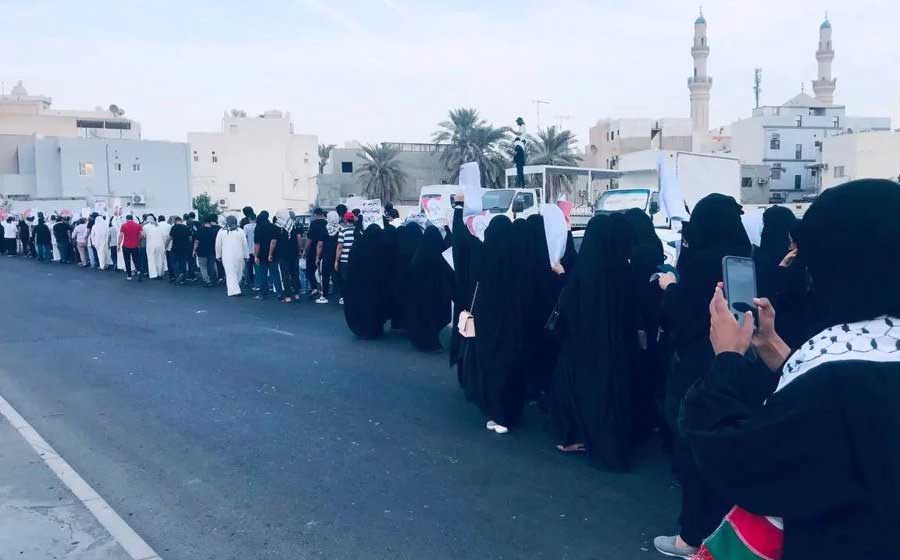 Hundreds of Bahrainis have staged demonstrations across the tiny Persian Gulf kingdom to demand a mass boycott of the parliamentary elections, as the country holds the polls under what rights groups describe as “political repression” by the Al Khalifah regime.

On Friday night, demonstrators took to the streets in the coastal village of Dumistan, carrying pictures of Bahrain’s most prominent cleric Ayatollah Sheikh Isa Qassim, imprisoned political dissidents as well as those killed at the hands of regime forces.