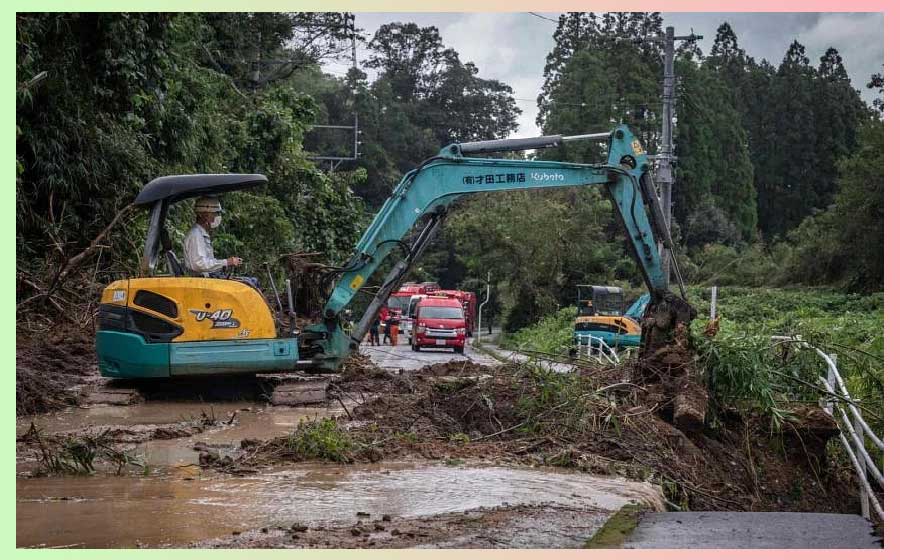 Two people were confirmed dead and another two were found “without vital signs” after Typhoon Nanmadol slammed into Japan over the weekend, a government spokesman said on Tuesday.

The storm system made landfall by the southwestern city of Kagoshima on Sunday night, and dumped heavy rain across the Kyushu region before moving along the west coast.